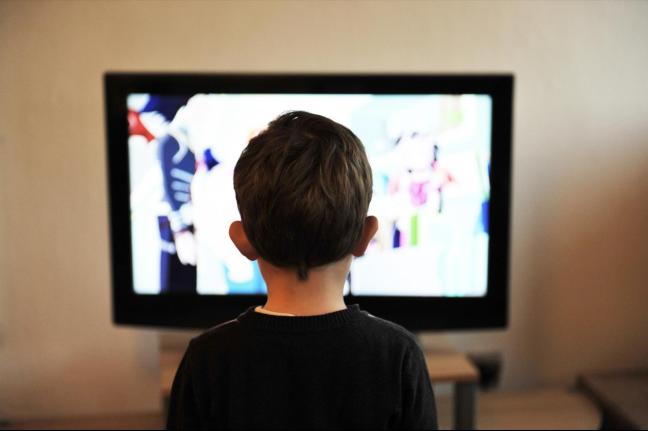 First we read the news. Then we heard it. Then we watched it. Now news is accessible 24/7 through internet-connected devices.

The way we consume the news has evolved for centuries, but the last 100 years has seen that change accelerate out of control.

During the 20th century alone, the primary news medium has changed at least three times. This has caused many traditional media formats to face economic hardship. Newspapers, once profitable behemoths, have been shuttering their doors across the country. Only the largest, such as the New York Times and the Wall Street Journal, seem immune to this decline, and nowadays place just as much weight in the online product as the news that’s fit to print.

Economies of scale are saving traditional journalism. But they’re also destroying its integrity.

Size matters. Even dated technology can shape the way we understand current events — especially when left unregulated. As governments seek to aid these influential cultural touchstones, often through deregulation, insidious news monopolies are forming where once diverse outlets thrived in competition.

Since 2016, five companies — Sinclair Broadcast Group, Nexstar Media Group, Gray Television, Media General and the Tribune Media Company — have held a disproportionately large proportion (37 percent) of all local TV stations in the United States. It’s not to say there are several other companies who own multiple TV and/or radio stations, newspapers, etc., such as the Gannett Company and the E.W. Scripps Company, but their scale of ownership pales in comparison to these broadcast behemoths.

From a business side of things, such an oligopoly is actually beneficial. Lots of stations, particularly in smaller markets, are getting access to financial resources and nationwide connections they likely would never have had access to without corporate ownership, especially in a time when TV news is being watched less and less on actual television sets. To a certain extent, mass consolidation can be a good thing. This is somewhat similar to why most local stations have at least an affiliation with one of the four major networks — ABC, CBS, FOX and NBC — in order to have access to a more diverse, better-quality catalog of content and programming.

However, things are starting to get a bit out of hand. While local TV stations are not having to theoretically pay as much with money, stations are now having to pay in other ways. Local TV media are about to break their end of the social contract with consumers, a conflict that’s been brewing throughout the past year.

The first major blow to local news organizations was when Sinclair made a deal to purchase the Tribune Company for a whopping $6.6 billion in May. This allows the two largest companies to combine, only accelerating their monopoly on power.

And Sinclair isn’t alone; Nexstar and Media General merged in an under-the-radar deal earlier this year.

John Oliver, a political comedian, dedicated an entire segment of Last Week Tonight to this troubling development, explaining how it imperils the quality and independence of local news:

He has it right. In the segment, Oliver explains changes in how the sausage is made. Here, I’m discussing its effect on butchers.

Sinclair’s growth, specifically, is quite alarming. The company has a notorious right-wing take on its coverage. Further, Sinclair forces local news stations under its ownership to feature “must-run” video segments during news shows — often with a partisan lean.

If your goal is to promote fair and independent journalism, both of these things, whether biased to the right or left of the political spectrum, are clear no-nos.

While a good quarter of a typical 30-minute newscast may be dedicated to national news, it’s still not acceptable for a company or station management to tell its employees how to cover those developments. It shackles trained journalists, forcing them to espouse corporate talking points dressed up as news coverage.

A big part of television stations having journalistic integrity in the areas they serve is having a presence within their community. The people who man these stations actually live and work in the coverage area and understand the vibe of the cities and towns viewers live in, thus promoting a direct relationship with the audience. Even in larger markets, there is that same sense of closeness.

Sinclair’s heavy-handed management destroys that trust in favor of expanding the bottom line.

The Federal Communications Commission (FCC) recently altered its rules in a horrendous way. Previously, local news was required to be produced in a newsroom or studio in the same community it served. Not anymore.

Bloomberg News reported on the change in October:

The rule is no longer needed to keep stations in touch with their communities, since email and social media have replaced visits to a studio, supporters of the change say. The Federal Communications Commission voted Tuesday to eliminate the rule adopted in 1939.

“This rule is unnecessary; most consumers get in touch with stations over the phone or through electronic means,” Republican Chairman Ajit Pai said in an online posting ahead of the vote. Stations can produce local news without a nearby studio, and the rule can impose “major costs” on broadcasters, Pai said.

Democratic FCC Commissioner Mignon Clyburn said the agency with its vote is “paving the way for broadcast station groups, large and small, to terminate studio staff and abandon the communities they are obligated to serve.”

Naturally, Sinclair, wanting to be a strong right-leaning alternative to Fox News, has come out in support of the change.

And by no means is the FCC done selling us all out in Sinclair’s name. As Reuters, an international news service, reports:

Last week, FCC Chairman Ajit Pai said the regulator would vote Nov. 16 to eliminate the 42-year-old ban on cross-ownership of a newspaper and TV station in a major market and making it easier for media companies to buy additional TV stations in the same market, or for local stations to jointly sell advertising time.

…The FCC also said it will vote in November on whether to allow broadcasters to voluntarily use a new technology to improve picture quality and allow better reception on mobile phones. Sinclair hold patents on the technology.

Critics said the FCC has taken a number of steps to boost Sinclair.

“It has reached a point where all our media policy decisions seem to be custom built for this one company,” FCC Commissioner Jessica Rosenworcel, a Democrat, said of the Sinclair deal at a congressional hearing last week.

The current FCC chairman will likely be in place until 2022, and it’s no surprise President Donald Trump, friend to the 1-percenters, big business and anyone who wants to make him look good, nominated him to the position.

It is more pertinent than ever to check the validity of news sources. Fake news isn’t just on Facebook — it’s creeping into local coverage, as well. Diversify your news diet with a wide variety of outlets, but be sure each is reputable and fact-based. Otherwise, our democracy will continue to suffer the consequences. ■

One thought on “Local news is under attack”