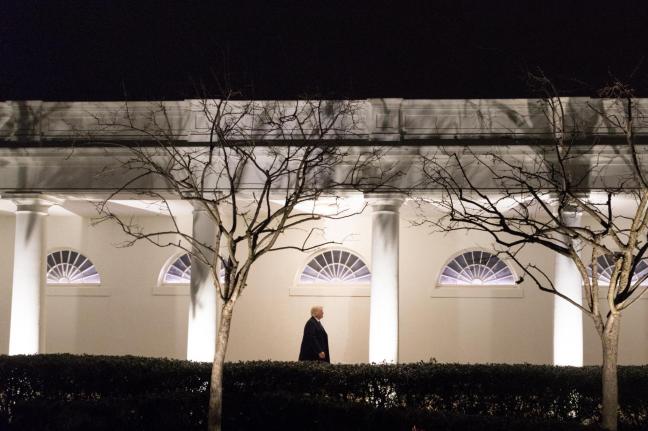 On Monday, President Donald Trump took a trip to Nashville — his second since becoming commander-in-chief.

During his stay, Trump gave the keynote address at the 99th American Farm Bureau Federation Convention, a major event, held annually, in the agricultural world.

Here’s what I learned from listening in.

Rather than focusing the address on issues farmers face every day, Trump decided to take another victory lap.

The president discussed his 2016 electoral win over Hillary Clinton, even though it’s now been 14 months since the election. He addressed the proposed border wall and general immigration policy, which really don’t seem as salient of talking points in Tennessee as, say, an actual border state. Why he touched on football players’ national anthem protests, I can’t say, nor why he touted low unemployment rates for African-Americans. In an attempt at self-deprecative humor, he even mocked the way he says “huge,” but undercut the joke by blaming others who exaggerate his speaking patterns.

It would’ve been better if the president focused on issues relevant to farmers, instead of re-litigating his past cultural battles. That’s not to say he totally avoided issues affecting farmers, such as the recently passed Republican tax reform bill, but he seemed more pre-occupied with glorifying his own deeds than espousing useful information.

This wasn’t a campaign stop, but Trump made it one. It seems to be a pattern of his.

2. NAFTA is above the president’s head

Trump says he wants a better deal for our country in renegotiating the North American Free Trade Agreement. What I hear is the president has no idea what he’s doing. He talks of being a deal-maker without ever going into details about NAFTA specifics. This would’ve been the perfect opportunity to tell us how you’re going to improve the trade agreement, Mr. President, but instead you deflect with generalities.

Trump may yet pull out of the agreement entirely. It’s easier, in the short term, but could have long-term consequences. All he’ll have to say is how “unfair” it was to the national interest; experts will worry, but his base will eat it up.

He’s done this before on other issues.

The president hasn’t shown an interest in spreading fast internet to rural areas until recently, yet this plan was a notable feature of his Monday speech.

It seems somewhat contradictory that the Trump administration is responsible for the repeal of Obama-era rules ensuring open and equitable internet access, yet cares enough to propose expanding this compromised service to more homes.

I’ve discussed this issue with people in rural communities. Expanding broadband access would be a major help to our nation’s secluded farmers and ranchers. I don’t question the policy. Mainly, I’m just confused.

Previously, I predicted Sen. Bob Corker would primary Trump in 2020. Now that the two seem to have buried the hatchet, I’m taking it back.

Addressing Nashville CBS affiliate WTVF, Corker painted a rosy picture of his relationship with the president:

Corker was on Air Force One with the president ahead of the Nashville trip. When the plane landed, Corker was the first to exit after Trump.

For Corker to run against Trump in 2020, whether as a Republican or conservative independent, would be, at this point, a shocking development. ■

One thought on “4 takeaways from Trump’s Nashville trip”