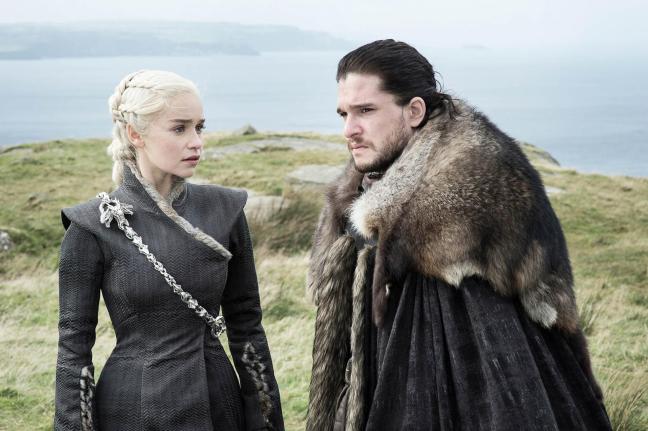 My life recently hit a pivotal milestone. A few weeks ago, I finally finished the five-book A Song of Ice and Fire series, popularized by its television adaptation, Game of Thrones.

I say “finished,” as I’ve now read every main-series book that George R. R. Martin has actually written. Martin, a notoriously detail-oriented (read: slow) writer, still has two books to go. The television show has already passed the plot of the books, with recent seasons charting their own extra-textual course. The most recently released book, A Dance With Dragons, hit stores shelves in 2011 — so it’s been more than seven years since a new entry in the ASOIAF series.

Nevertheless, it’s already apparent, this far into the series, in what direction the storylines of several key characters are headed. I feel confident enough to sort the major actors into one of three separate categories: the heroes, the villains and the anti-heroes.

So here we go!

Now, to explain some of my more controversial choices.

Theon Greyjoy has gone from hero to villain to anti-hero. As a ward of the Starks at Winterfell, he was on the side of the good, even if not by choice. When he rose against his masters, taking Winterfell hostage, he was on the side of the bad. In A Dance With Dragons, he received partial redemption by saving Jeyne Poole from the sexual torture of her forced husband, Ramsay Snow.

Kevan Lannister is a hero because of his sense of honor — and because he ultimately fell victim to a more nefarious man when Varys murdered him at the end of A Dance With Dragons.

Jaime Lannister is an anti-hero by the end of the fifth book. Though he was a villain at the beginning of the series, most apparent by his act of throwing Bran Stark from a window in Winterfell, he becomes a much more noble individual through the loss of his hand and his interactions with Brienne of Tarth.

Victarion Greyjoy is a nasty piece of work, a perpetrator of murder and rape, but he’s also a simpleton. He’s a foot soldier, for the most part. And by the end of A Dance With Dragons, we know he plans to betray the true villain amongst the Greyjoys: Euron. In my mind, that’s enough to put him in the middle category.

Lastly, Melisandre. I put her down as an anti-hero, as opposed to hero, because of her relation to Davos Seaworth. Davos is clearly heroic — he’s noble and brave, serving his lord, Stannis Baratheon, with the utmost integrity. But he doesn’t trust Melisandre, who employs dark magic to aid Stannis’ cause. Melisandre’s actions are often the epitome of Niccolò Machiavelli’s famous maxim “the end justifies the means,” making her less than heroic, but not truly villainous.

Do you disagree with any of my choices? Let me know in the comments below. ■